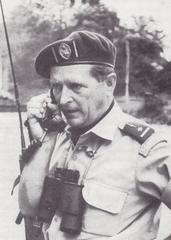 And so it was that on the morning of 26 November 1981, I got a tipoff that an unprecedented event had occurred; an Air India aircraft, a Boeing 707, had landed at Durban's Louis Botha Airport after having been hijacked by mercenaries.

Photographer Puri Devjee and I rushed to the scene, but were almost immediately evicted by SADF personnel who shut down the airport. We hung around at the airport for the rest of day as history played out before our eyes.

I found out this morning that Mike had passed away on 2 February, aged 100.

I was born in the year 1961 when Mike began his mercenary career. The 1981 Seychelles coup attempt capped off my first year as a journalist. Mike's fellow coup plotter, Peter Duffy, worked with me at the Sunday Tribune after his release from prison.

I'm filled with regret because I had last year asked his son, Chris, to get Mike to autograph a picture of me at the scene in 1981 with the Air India 707 in the background.

Chris agreed to do so, but I never got around to getting the picture to him. So here it is... 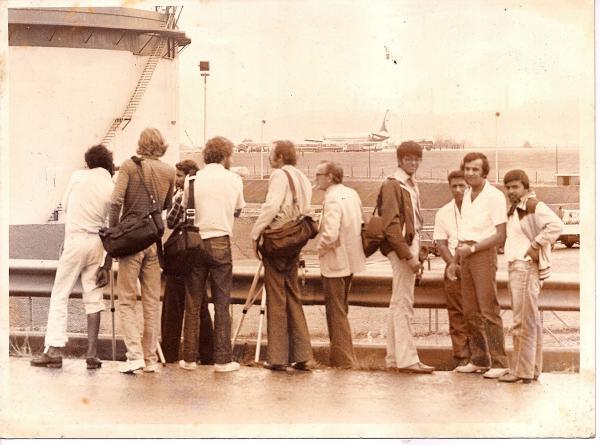 • Chris has authored "Mad Mike Hoare: The legend: A biography"
• Mike himself authored several books including Mercenary, The Seychelles Affair, Three Years With Sylvia, and Mike Hoare's Adventures in Africa (which is available on Amazon for $992.15 – about R15 000)
• Hoare's Congo adventures inspired the 1978 movie "The Wild Geese," starring Richard Burton and Roger Moore. Burton's character, Colonel Allen Faulkner, was based on Mike, who worked as a technical adviser on the movie.