The William Nicol interchange looks good, but it sucks 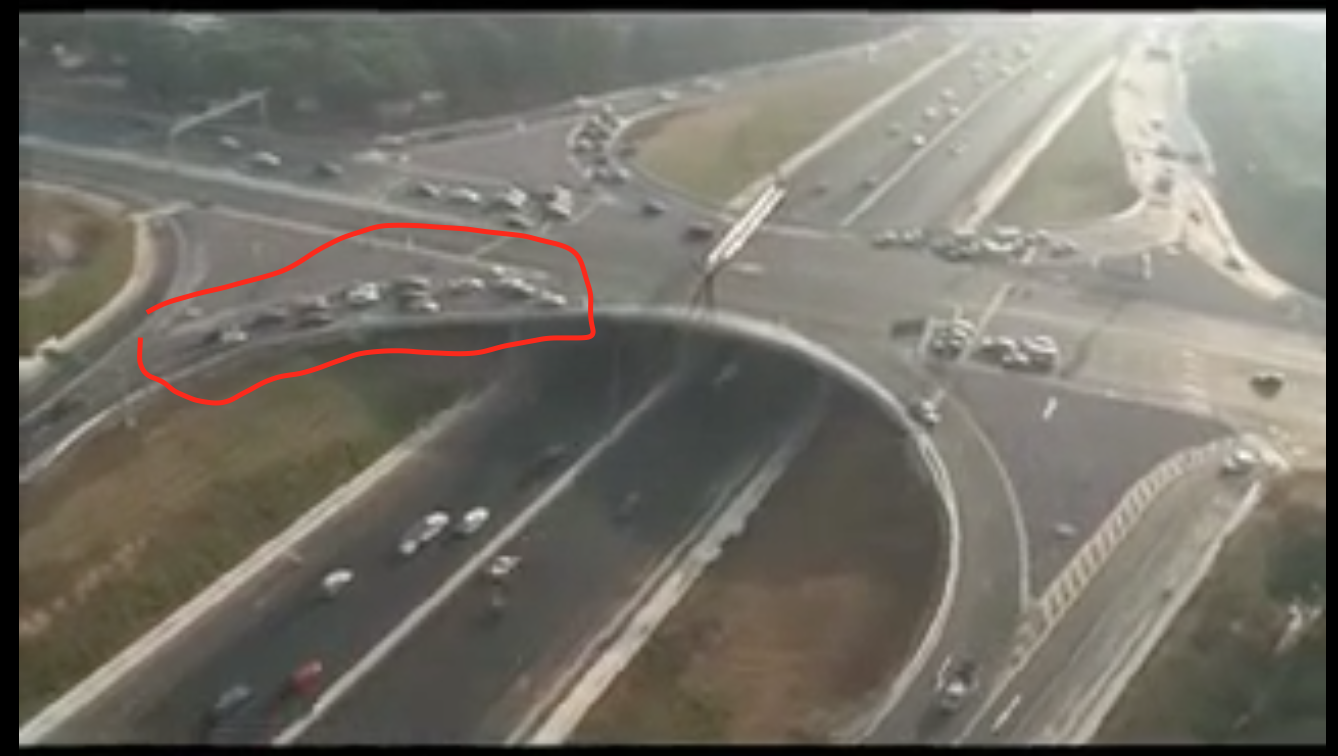 When the Gauteng Freeway Improvement Project trotted out the new interchange at the intersection of the N1 and William Nicol, there were many oohs and aahs around how beautiful it was.

Actually, it's stupid. It is responsible for creating what is possibly the single biggest logjam on the road from Cape Town to Beit Bridge.

Here's the problem: Any intersection with traffic lights can only allow cars to pass through as lomg as the light is green.

(Minibus taxis have their own rules. We're not talking about them.)

At the William Nicol interchange, green in any direction at best has 25 percent of the time because there is diagonal traffic. So, 60 seconds of green, 180 seconds of red.

Now the more cars we have, the greater the waiting time. If you are the second car in the queue and the light changes, you have to wait for the first car to move before you can move. Third car waits for the second car, and so forth.

Finally, let's say that only 20 cars can pass through the intersection in the 60 seconds that the light is green, and let's say the rate of cars arriving at the southbound offramp turning from the N1 towards Fourways is 60 per minute.

The average length of a car is around 4,5 metres.Let's allow for a 2 metre gap between cars. So 40 cars at 6,5 metres is 260 metres. In as little as 4 minutes, the backlog on the freeway will grow to a kilometre.

This is a very superficial calculation. I can do a more serious evaluation using probabilities to get to a more accurate figure. But the principle is clear.

The way to fix this idiocy is to create interchanges without traffic lights. Witness the flow of traffic through the Buccleuch interchange as an example.

More importantly, we need to change the way we look at freeways. We should design them with few onramps but multiple offramps. The stretch between Rivonia Road and Malibongwe should have at least 4 more exit points.

(Cape Town people: I'll solve your traffic problems in a flash by blowing up that mountain y'all have to drive around.)