The appropriate time for a slap 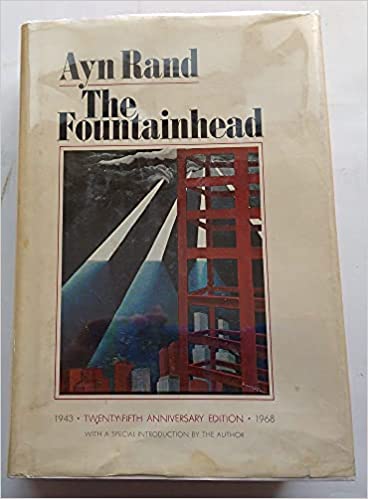 Cover of "The Fountainhead" which edition sits on my bookshelf.

This has been at the back of my mind ever since the Will Smith / Chris Rock incident last week. This is an except from Ayn Rand's "The Fountainhead" which remains one of the most influential books in my life to this day,

Wynand half turned in his chair and looked at Dominique, as if he were inspecting an inanimate object.
“Your wife has a lovely body, Mr. Keating. Her shoulders are too thin, but admirably in scale with the rest of her. Her legs are too long, but that gives her the elegance of line you’ll find in a good yacht. Her breasts are beautiful, don’t you think?”
“Architecture is a crude profession, Mr. Wynand,” Keating tried to laugh. “It doesn’t prepare one for the superior sort of sophistication.”
“You don’t understand me, Mr. Keating?”
“If I didn’t know you were a perfect gentleman, I might misunderstand it, but you can’t fool me.”
“That is just what I am trying not to do.”
“I appreciate compliments, Mr. Wynand, but I’m not conceited enough to think that we must talk about my wife.”
“Why not, Mr. Keating? It is considered good form to talk of the things one has—or will have—in common.”
“Mr. Wynand, I ... I don’t understand.”
“Shall I be more explicit?”
“No, I...”
“No? Shall we drop the subject of Stoneridge?”
“Oh, let’s talk about Stoneridge! I ...”
“But we are, Mr. Keating.”
Keating looked at the room about them. He thought that things like this could not be done in such a place; the fastidious magnificence made it monstrous; he wished it were a dank cellar. He thought: blood on paving stones—all right, but not blood on a drawing-room rug....
“Now I know this is a joke, Mr. Wynand,” he said.
“It is my turn to admire your sense of humor, Mr. Keating.”
“Things like ... like this aren’t being done ...”
“That’s not what you mean at all, Mr. Keating. You mean, they’re being done all the time, but not talked about.”
“I didn’t think ...”
“You thought it before you came here. You didn’t mind. I grant you I’m behaving abominably. I’m breaking all the rules of charity. It’s extremely cruel to be honest.”
“Please, Mr. Wynand, let’s ... drop it. I don’t know what ... I’m supposed to do.”
“That’s simple. You’re supposed to slap my face.” Keating giggled. “You were supposed to do that several minutes ago.”

If you don't get it, I understand.