Corona versus Ebola: some stats 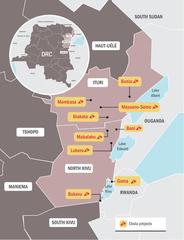 The Democratic Republic of Congo announced their tenth outbreak of Ebola in 40 years on 1 August 2018. The number of cases has exceeded 3 000, making it the country's largest-ever Ebola outbreak. It is the second-largest Ebola outbreak after one which hit West Africa from 2014-2016.

Key stats from then to date via Doctors WIthout Borders:

Contrast this with Covid-19, as the Corona virus is more formally known.

Not to indulge in whataboutery, but the fatality rates for Covid-19 are insignificant compared to Ebola.