Finland and Russia... "It's complicated" 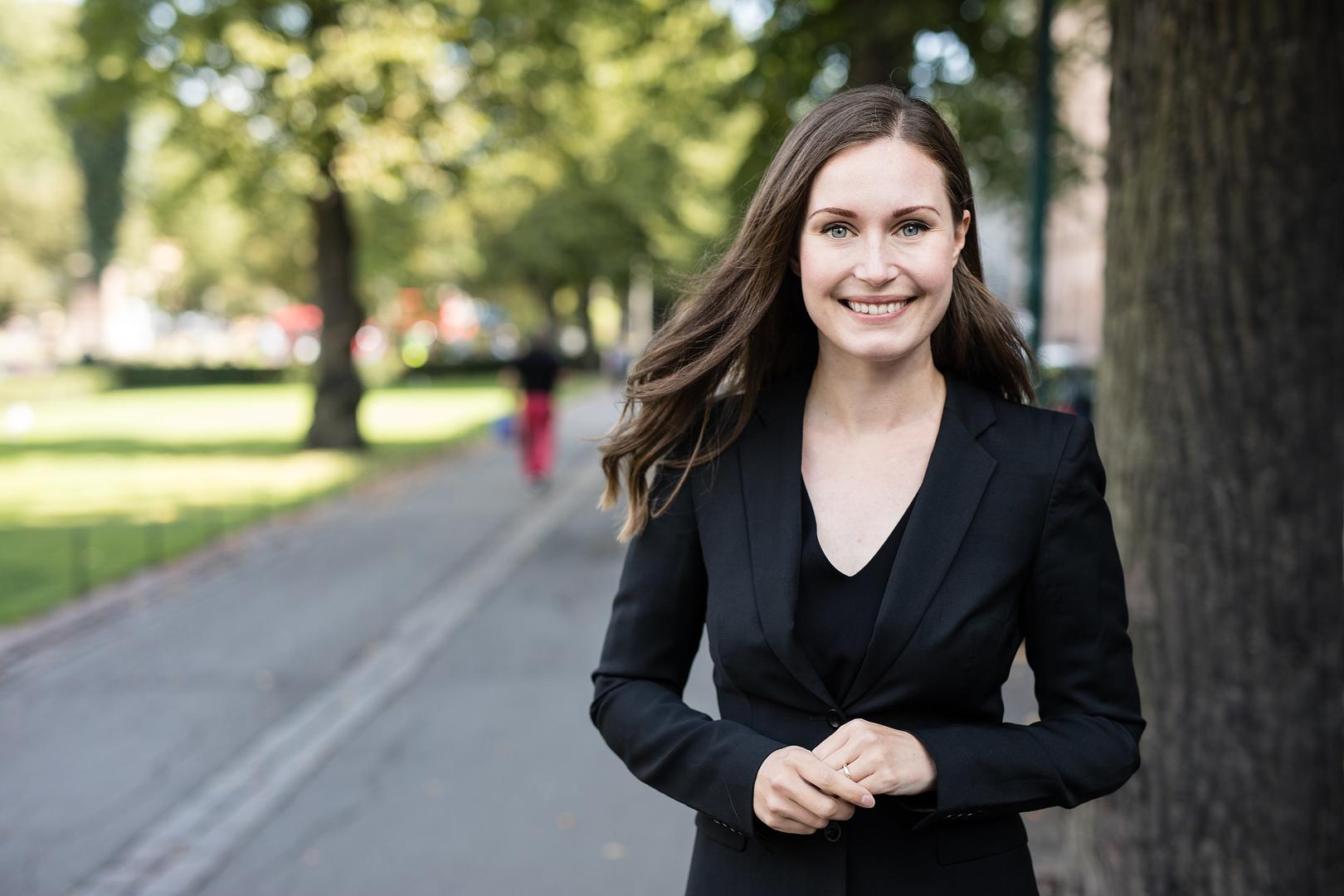 Finland’s government is toying with the idea of joining NATO. And the decision will be made in weeks, not months, according to Prime Minister Sanna Marin.

Finland has worked closely with NATO since the organization was founded in 1949, but has not made overtures to formally join.

"The difference between being a partner and being a member is very clear and will remain so. There is no other way to have security guarantees than under NATO's deterrence and common defence as guaranteed by NATO's Article 5," Marin said.1

Russia shares a 1 296 km border with Finland. The Kremlin says should Finland join NATO, Russia will deploy hypersonic missiles and nuclear weapons in the heart of Europe .

Let’s agree: As a sovereign nation, Finland has the duty to act in what it believes are its best interests; and if it believes joining NATO is the way to do that, it will do so.

The problem is that as a sovereign nation too, Russia has the duty to act in what it believes are its best interests; and if it believes that Finland joining NATO is contrary to Russia’s security, it will act accordingly.

Let’s run through a brief history of relations between the two countries:

1. Up until the 12th century, Finland as we now know it was a pagan territory . They followed a polytheistic religion, worshipping a number of different deities. The principal god was the god of thunder and the sky, Ukko. Jumo was god of the sky, Ahti was god of the sea, waters and fish, and Tapio was god of forests and hunting.

2. This changed in the early 13th century when the Crusades arrived in the form of Swedish invaders . Finland became part of the kingdom of Sweden and the sphere of influence of the Catholic Church. The Finnish upper class lost its lands to the new Swedish and German nobility and the Catholic Church. Swedish became the dominant language of the nobility, administration, and education; Finnish became chiefly a language for the peasantry, clergy, and local courts.

3. By the 18th century, wars between Sweden and Russia twice led to the occupation of Finland by Russian forces. the Greater Wrath (1714–1721) and the Lesser Wrath (1742–1743). Almost an entire generation of young men was lost during the Greater Wrath, due mainly to the destruction of homes and farms, and the burning of Helsinki.

4. The Swedish tyranny over Finland ended with Russia finally triumphing over Sweden in 1808-1809. The eastern third of Sweden was established as the autonomous Grand Duchy of Finland within the Russian Empire.

6. The two revolutions in Russia in 1917 which put the Bolsheviks in power presented an opportunity for Finland to seek autonomy, but this led to a bloody civil war in 1918. The war was fought between the "Reds", led by a section of the Social Democratic Party , and the "Whites", conducted by the conservative-based senate and the German Imperial Army . The Reds carried out an unsuccessful general offensive in February 1918, supplied with weapons by what was now Soviet Russia. The result was overall victory for the Whites and the German forces. About 39 000 people, of whom 36 000 were Finns, died in the conflict. In the immediate aftermath, the Finns passed from Russian governance to the German sphere of influence. After Germany's defeat in World War I, Finland became an independent, democratic republic.

7. On 23 August 1939, Soviet Russia and (Nazi) Germany signed a non-aggression pact —providing written guarantees of peace between the parties and committing both governments to neither ally itself to nor aid an enemy of the other. The treaty included the Secret Protocol, where both parties defined new borders for their respective spheres of influence across Poland, Lithuania, Latvia, Estonia and Finland. One week later, on 1 September 1939, Germany invaded Poland marking the start of World War II.

8. Two weeks after Germany invaded Poland from the west, Russia did the same from the east. Poland was overwhelmed, and the two invading countries divided up Poland between them in what became known as the German-Soviet Frontier Treaty . Immediately after in October 1939, Russia forced Estonia, Latvia and Lithuania — under threat of military invasion — into signing pacts to allow the creation of Soviet military bases in their territories. Finland was similarly threatened by the Soviets but refused to sign a similar pact. The Soviet Union then invaded Finland in November 1939 . Finland fought off the invaders for more than three months before conceding defeat with the signing of a peace treaty on 12 March 1940. It was a crushing defeat for Finland as the ceded land vastly exceeded the amount demanded by the Soviets before the war.

9. In spite of the numerous pacts and treaties signed previously, Nazi Germany was nursing the ideological goal of conquering the western Soviet Union. The concept of Lebensraum —expanding living space for Germany — dated back to World War I. The Nazis intended to exterminate all Slavic peoples (not only Russians but also Polish, Ukrainian, Czech and other nations considered non-Aryan) by mass deportation to Siberia, enslavement, and genocide. Hitler had been planning this since before the war began, saying this on 11 August 1939 :

Everything I undertake is directed against the Russians. If the West is too stupid and blind to grasp this, then I shall be compelled to come to an agreement with the Russians, beat the West and then after their defeat turn against the Soviet Union with all my forces. I need the Ukraine so that they can't starve us out, as happened in the last war.

The Germans assembled the largest invasion force in the history of warfare — 3,8 million personnel, 600 000 vehicles, and as many horses — and attacked the Soviet Union along a front of almost 3 000 km on 22 June 1941. Among these 3,8 million personnel were 14 divisions provided by Finland. Finland was one of Germany's most important allies in the attack on the Soviet Union .

10. The invasion triggered what the Russians today refer to as The Great Patriotic War . Over the next 4 years, more than 26 million Soviet people were killed of which around 8 million were soldiers — this was more people killed in than all other fighting around the globe in World War II. More than 1 710 Soviet towns and more than 70 000 villages were wiped off the face of the earth. Nevertheless, the Soviets prevailed. Finland, which had fought on the side of the Nazis, was forced to cede to the Soviets about 12% of its land including its second-largest city, Vyborg ,and the port of Liinakhamari. Finland was further forced to pay war reparations of $300 million (about $6 billion in today’s money)

If you’ve stayed with me in this story so far, you will understand why the Russians have a pathological hatred of Nazis.

Now consider that Finland, prior to the war, had a strong track record of Nazism. Neo-Nazi groups today are responsible for multiple violent crimes, including attacking anti-racism and gay pride demonstrations, defacing the Israeli embassy, and stabbing participants of a left-wing event .

Finland’s prime minister, Sanna Marin, is largely popular in western media. She took office in December 2019 at age 34. She describes herself as coming from a "rainbow family", as she was raised by same-sex parents. She is a vegetarian. She is largely representative of a generation which has never known war.

Vladimir Putin is almost twice her age, rejects legalization of same-sex marriages, is reported to take deer antler blood baths, and is well versed in war.

I don’t have any horse in this race, but I think Finland’s faith in NATO’s ability to protect its members is misplaced.

If Finland joins NATO, this will not end well.