Happy birthday President Mbeki. Now get your A into G… 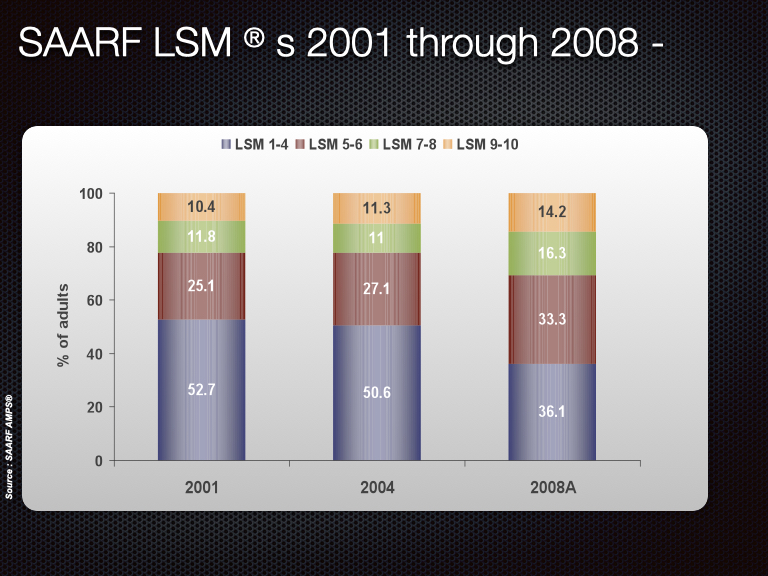 I have said it before and I will say it again – Thabo Mbeki was the best president in the world at the time of his sacking.

(It's at this point in the conversation that most people huffily declare: "How can you say he was the best in the world?!!!" My response is simply, "Tell me who was better!" But I digress.)

Mbeki's policies led to the single biggest period of economic growth in the history of the country; even the Nats in their most repressive heyday did not do half as well. More to the point, the Mbeki era saw a 65 percent reduction in poverty levels for the poorest of the poor, thanks predominantly to a massive rollout of fresh water and electricity and primary health care facilities.

(Again, at this point in the conversation, most people huffily declare: "How can you say that? Everyone knows the rich are getting richer and the poor are getting poorer!!!" I tell them to look at the SA Advertising Research Foundation AMPS data for the period 2001-2007. But again, I digress.)

How did Mbeki pull it off? Well, he was part of a triumvirate. I would call them 3M, but that’s already taken by a global company. Let’s call them the 3Ts: Thabo (Mbeki), Trevor (Manuel), Tito (Mboweni).

Mbeki core task was to rein in the disastrous Reconstruction and Development Programme (RDP), and replaced it with Growth, Empowerment, and Redistribution (GEAR), a five-year programme meant to kickstart the economy by focusing on privatization and removal of exchange controls.

Trevor Manuel’s task was simple: enforce fiscal discipline and devote as many resources as possible into extinguishing the national debt.

Tito Mboweni’s task was equally simple: defend the currency against speculation and inflation.

Nevertheless, the focus on exterminating debt was the best possible thing for the country. Consider that when Manuel presented the first budget of the Mbeki administration in 2000, servicing the national debt was the single biggest item of expenditure sitting at 20%.

But Manuel did not simply bank the savings in interest payments; instead, he redirected those savings towards social grants.

At the same time, every single year saw Manuel handing an effective reduction in personal income tax rates across all tax brackets.

It was a simple Reaganite strategy: decrease taxes, put more money into the hands of people, let them spend it, economic growth would result.

Tito Mboweni ensured inflation would not run amok by juggling the money supply and interest rates.

I think it’s time he returned to active politics within the ANC.

But there’s not going to be a government in 2024 without the ANC. I expect they will drop below 50%, but the opposition is so fragmented that no coalition excluding the ANC is likely to succeed.

I’m certainly not suggesting that an octogenarian leader should be running the country, but Mbeki is out and away the most popular leader this country has ever had. If he, Manuel, and Mboweni return to steering economic policy, it’s probably the best chance we have to get our country back on track.

As for who should lead the country? Well, Mbeki’s deputy at the time of his firing, Phumzile Mlambo-Ngcuka , is trusted by the 3Ts and untainted by the corrupt machinations of the Ramaphosa and Zuma years.