Here's how to look at our budget deficit properly 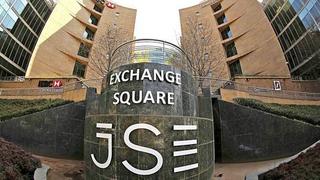 South Africa's budget deficit for this year is R370 billion.

(That's the difference between the money government receives in taxes and the amount government spends by borrowing.)

This triggered a thought as to what we could have spent that money on as a nation, and as I started by taking a look at companies listed on the Johannesburg Stock Exchange.

The useful thing about  listed companies is that it's very easy to get a universally accepted sense of what they are worth. It's called Market Capitalisation, or just Market Cap for short. Take the number of shares a company has issued, multiply it by the price of one share, and boom.

So here are the top 50 companies in South Africa, courtesy of Sharenet:

Let's look at some of our favourite retailers: Woolies market cap comes in at a modest R38,85 billion; Mr Price comes in at R39,99 billion;  Pepkor at R55,10 billion; Clicks at R65,27 billion; Shoprite at R73,45 billion. Let's throw in Growthpoint Properties at R55,73 billion (because they are landlords of a lot of those retail outlets) and let's add Multichoice at R42,57 billion (because we need entertainment).

That gives us a nice total of R370 billion.

Yes, my fellow South Africans: with our overspend of R370 billion this year, we could have bought out Woolies, Mr Price, Pepkor, Clicks, Shoprite/Checkers, Growthpoint Properties, and Multichoice.

What is our government spending that money on? Yes, salaries for public servants.