I thought Alibaba was a big company but... 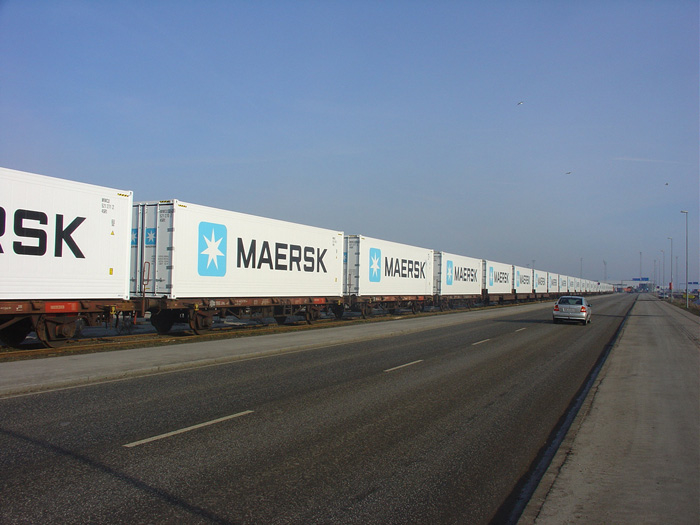 All I knew about Maersk until today is that most of the shipping containers on trucks travelling Africa’s longest dual carriage freeway from Durban to Johannesburg bear their logo. Then I saw the announcement of their financial results for 2021.

Copenhagen - A.P. Moller - Maersk delivers record earnings for 2021, which was an exceptional year with focus on mitigating supply chain risks for customers while strengthening the integrated logistics offering. In 2021, revenue was up 55% to US $61.8bn, EBITDA tripled to US $24bn and free cash flow was US $16.5bn, allowing the company to make strategic long-term investments into decarbonisation and logistics growth, combined with strong cash distribution to shareholders.

Holy f*ck! How many other global companies do you know of that triple their earnings to tens of billions these days?

Here's a few things I learned about the company:

1. Maersk is based in Copenhagen, Denmark.

3. Maersk is a publicly-traded family business still controlled by the Møller family through holding companies.

4. It has subsidiaries and offices across 130 countries and employees 83 000 worldwide.

5. Maersk consumes about 12 million tons of marine oil per year, roughly equal to all the oil produced in the world in one day.

7. Safmarine, short for South African Marine Container Lines N.V., once a South African international shipping entity, is now fully owned by Maersk. (I traveled on Union-Castle Safmarine’s RMS Pendennis Castle with my grandparents in 1967 between East London and Durban.)

8. Maersk partnered with the US Navy to test algae-based biofuels.

9. Remember the ship hijacked by Somali pirates which was turned into the movie Captain Phillips starring Tom Hanks? That ship was the 17 000 ton Maersk Alabama .

10. The company logo dates back to the 19th century. Peter Mærsk Møller attached a blue banner with a white seven pointed star on both sides of the black chimney on the steamship Laura after his wife recovered from illness. In a letter to his wife in October 1886, Captain Møller said "The little star on the chimney is a memory of the night when I prayed for you and asked for a sign: If a star would appear in the gray and cloudy sky, it would mean that the Lord answers prayers." (Møller was a devout Christian.)

I think point 10 is my favourite — kind of romantic.