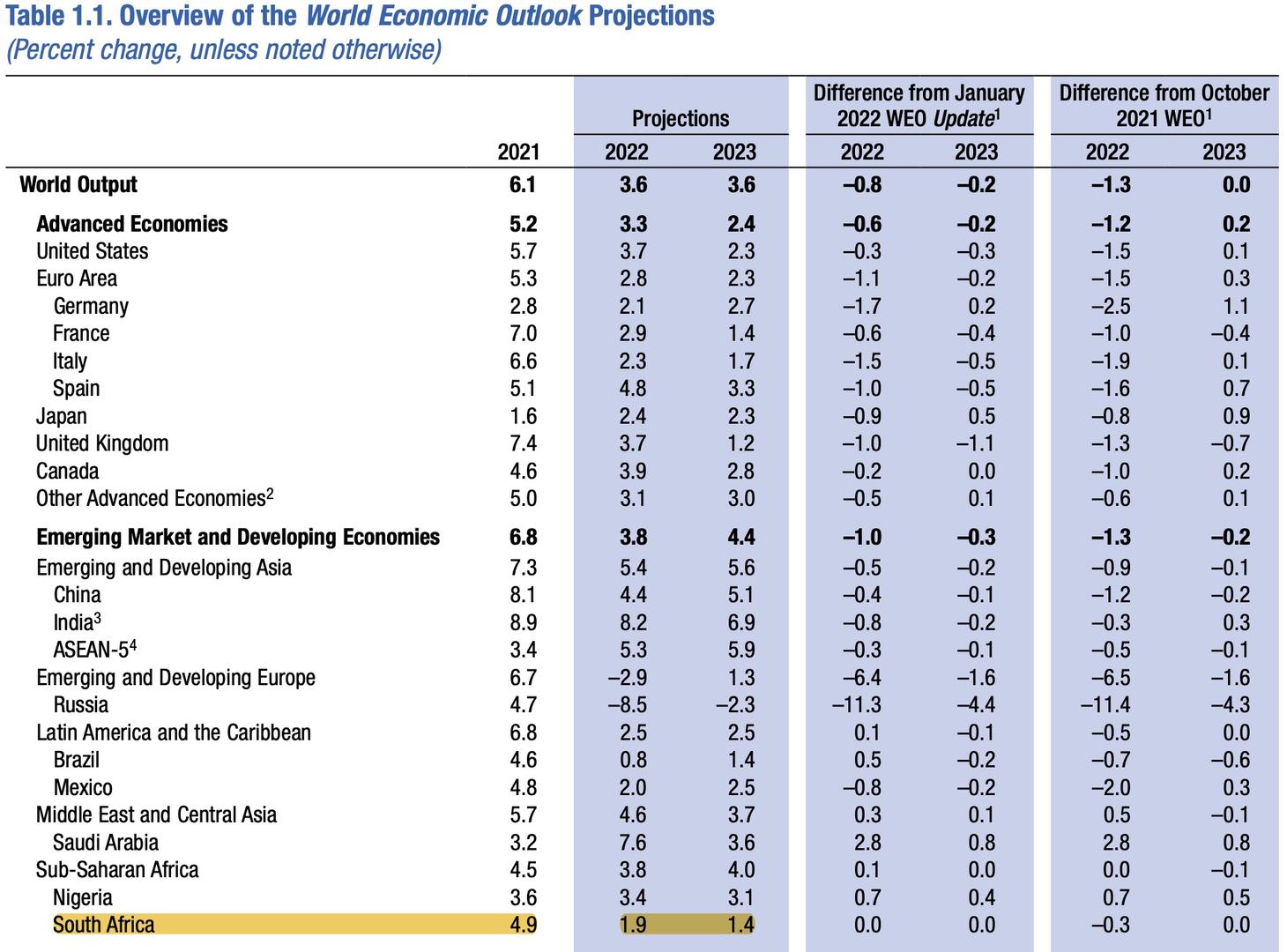 The International Monetary Fund has released the April 2022 World Economic Outlook. Unsurprisingly, the ongoing Ukraine conflict is front and centre. Let me quote:

The war in Ukraine has triggered a costly humanitarian crisis that demands a peaceful resolution. At the same time, economic damage from the conflict will contribute to a significant slowdown in global growth in 2022 and add to inflation. Fuel and food prices have increased rapidly, hitting vulnerable populations in low-income countries hardest.

Beyond 2023, global growth is forecast to decline to about 3.3 percent over the medium term. War-induced commodity price increases and broadening price pressures have led to 2022 inflation projections of 5.7 percent in advanced economies and 8.7 percent in emerging market and developing economies—1.8 and 2.8 percentage points higher than projected last January. Multilateral efforts to respond to the humanitarian crisis, prevent further economic fragmentation, maintain global liquidity, manage debt distress, tackle climate change, and end the pandemic are essential.

Broadly speaking, almost every major economy gets a bit of a snot klap, to use an appropriate South African expression — drops in the region of 4 percentage points appear to be the norm. Japan and Saudi Arabia are exceptions. For the Saudis, growth is expected to jump from 3,2% to 7,6%.

India looks to be the world leader in the year ahead, with projected growth of 8,2%. Russia’s economy is projected to shrink by 8,5%.

In our part of the world, Sub-Saharan Africa, Nigeria declines negligibly from 3,6% to 3,4%.

If you're reading this throwing up your hands in horror, you should know I think these figures are BS.

I think the situation is actually going to be a lot worse.

Why? Well, the devil is in the detail, and the detail here is that these projections are based on some underlying assumptions:

My responses to each of these:

A final thought around South Africa’s figures: The secret to prosperity for any nation is for economic growth to be higher than population growth. Our population growth rate is around 1,2%. We have almost no wriggle-room.

Buckle up, we have a rough ride ahead.