The paradox of progress in the absence of human rights 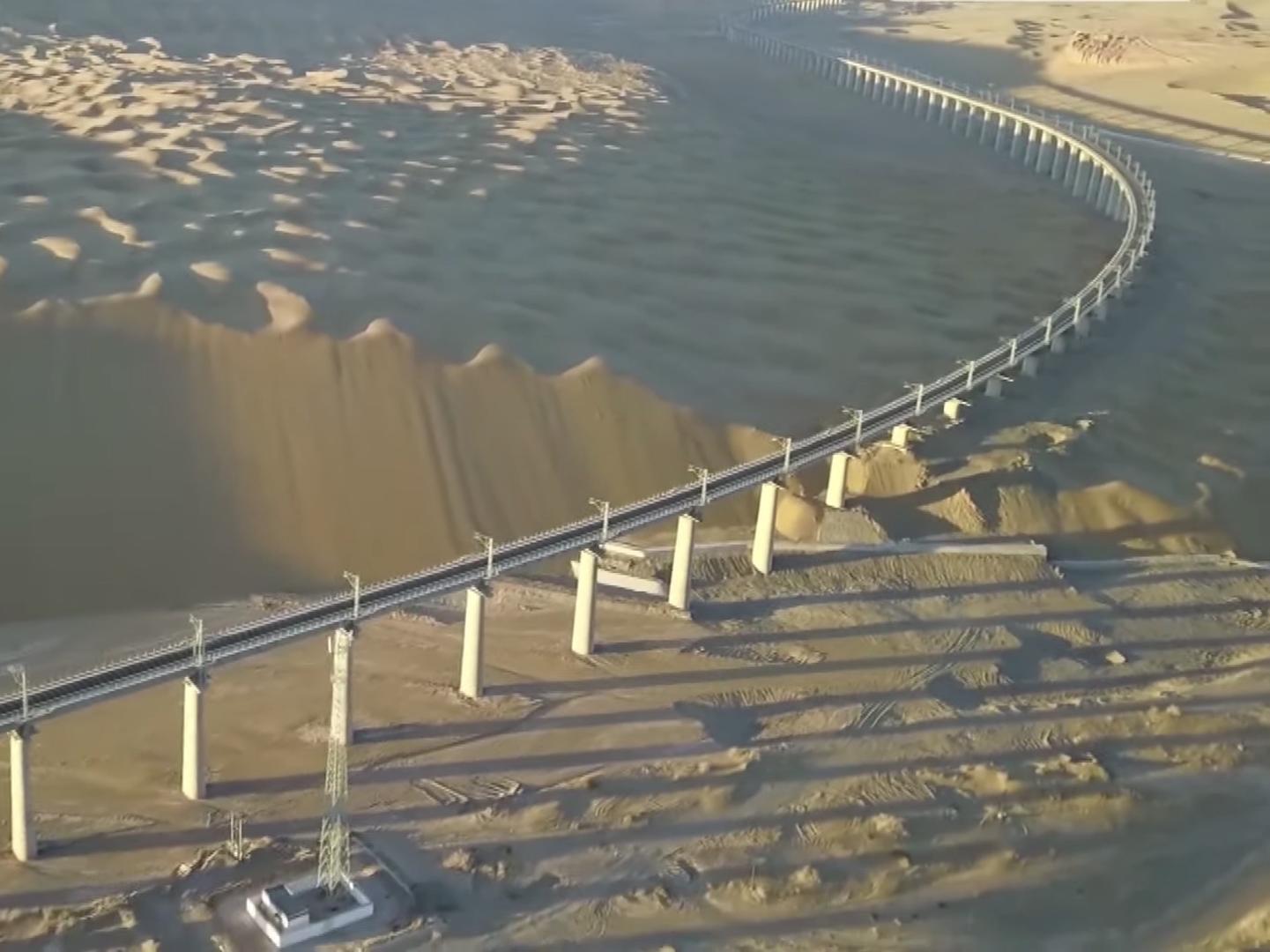 A stretch of the Dunhuang Golmud Railroad / Screengrab from video

Some years ago, I drove from Johannesburg to Lüderitz on the Namibian coast for a friend’s wedding.

As I approached the town, the dysfunctional railway line which once linked Keetmanshoop to Bahnhof Lüderitz (as the Germans who built it in 1906 called it), frequently vanished under shifting desert sands. In the town, the station itself was derelict.

Construction of the railway line by the Germans took 9 months. Let me quote a well-documented historical account :

“This railway line is built with concentration camp labour from Shark Island near Lüderitz, without recourse to proper nutrition and medical facilities. The statistics of the railway project is frightening. According to numbers kept in the records of the German Colonial Administration, a total of 2 014 concentration camp prisoners were used for the railway construction between January 1906 and June 1907. From these prisoners 1 359 died while working on the line: a 67% mortality rate. This means that every hundred metres of the railway line from Lüderitz to Aus account for one dead Namibian Shark Island prisoner“

(I mention that fact as a specific reminder to those who are nostalgic for colonial infrastructure development that such progress came at a tremendous cost.)

(In turn, that in no way justifies the criminality of successive post-colonial governments failing to maintain such resources.)

China’s Dunhuang-Golmud railroad is a 509km electrified single track crossing the desert between Gansu and the Tibetan Prefecture. The railway allows passenger trains to run at speeds up to 120 km/h and can carry freight trains of up to 4000 tonnes.

This desert is characterized by megadunes which, not unlike giant ocean waves, are constantly moving. How does one build a railway across such terrain?

The Chinese commissioned a Study on the Feasibility of Dunhuang-Golmud Railway Crossing the Megadunes Area at the East Edge of Kumtagh Desert :

The field investigation to megadunes in the Shashangou section of Dunhuang-Golmud Railway disclosed that the megadunes are not composite Megadunes, but drift sand covered on denuded hills and platforms which are caused by the uplifting of the alluvial-pluvial fan ahead of Altyn Tagh Mountains. The subsurface terrains are steady, so the megadunes in the Shashangou will not move as a whole, thus its threat to the Dunhuang-Golmud Railway is negligible. The meteorological data are interpreted to calculate the maximum possible sand transport quantity and the maximum possible sand transporting direction. Results show that the sand transporting direction is parallel to the railway, and the wind brought by the micro-terrain can reduce the sand hazards. The possible aeolian-sand hazards are separately investigated. From the results, the authors believe that the intensity of the aeolian-sand hazards in this area can be controlled, and consequently, it is safe for the railway to be built across the valley. Detailed suggestions are provided both qualitatively and quantitatively for setting up an effective sand controlling system.

Simple, innit? A reminder of the paradox of progress in the absence of human rights.