Why we all should support Aung San Suu Kyi: Part 3 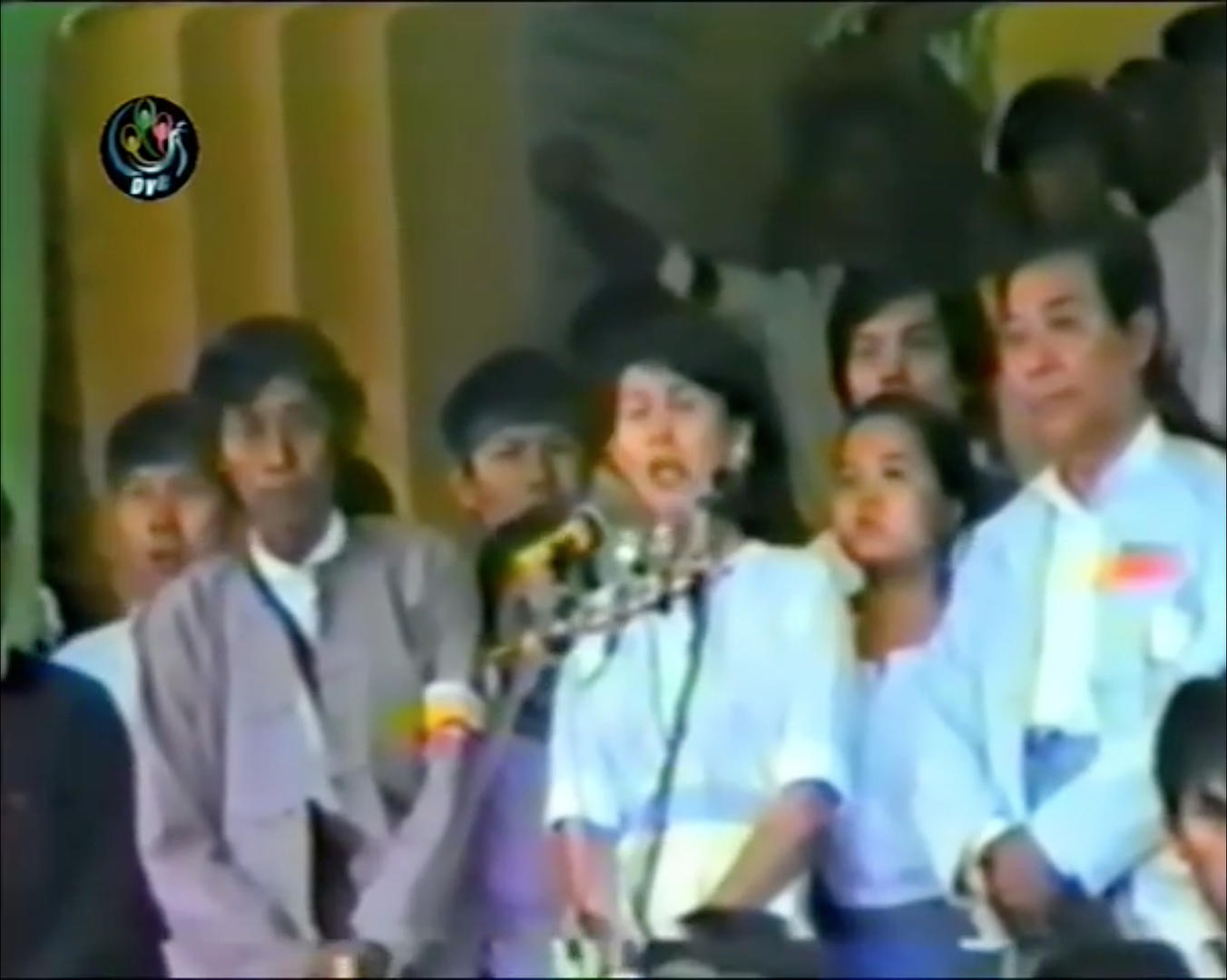 Pause for a moment with me and just imagine: One day, you’re at your ailing mother’s bedside; 24 hours later, you’re thrust with the burden of noblesse oblige as the daughter of the man who freed your country from colonial oppression, and you find yourself flagbearer for a nascent revolution against the very forces that your father created when he and his comrades sipped their shared blood from a silver chalice 47 years earlier.

Pardon my lapse of language at this point, but I consider this a mindf*ck of note.

Anyway, on with our story:

When we left our reluctant hero yesterday, it was 28 August 1988 as she stood on the steps of the iconic Shwedagon Pagoda before a crowd of 500 000 people and called for democracy in Burma. Let me quote from what she said:

“A number of people are saying that since I have spent most of my time abroad and am married to a foreigner I could not be familiar with the ramifications of this country’s politics...

“Another thing which some people have been saying is that I know nothing of Burmese politics.

“The trouble is that I know too much. My family knows best how complicated and tricky Burmese politics can be and how much my father had to suffer on this account. He expended much mental and physical effort in the cause of Burma’s politics without personal gain. That is why my father said that once Burma’s independence was gained he would not want to take part in the kind of power politics that would follow.

“Since my father had no such desire I too have always wanted to place myself at a distance from this kind of politics. Because of that I have kept away from politics.

“Some might then ask why, if I wished to stay out of politics, should I now be involved in this movement. The answer is that the present crisis is the concern of the entire nation. I could not as my father’s daughter remain indifferent to all that was going on. This national crisis could in fact be called the second struggle for national independence.

“This great struggle has arisen from the intense and deep desire of the people for a fully democratic parliamentary system of government. I would like to read to you something my father said about democracy:

“ We must make democracy tie popular creed. We must try to build up a free Burma in accordance with such a creed. If we should fail to do this, our people are bound to suffer. If democracy should fail the world cannot stand back and just look on, and therefore Burma would one day, like Japan and Germany, be despised. Democracy is the only ideology which is consistent with freedom. It is also an ideology that promotes and strengthens peace. It is therefore the only ideology we should aim for. ”

“The present armed forces of Burma were created and nurtured by my father…. There are papers written in my father’s own hand where he lays out in detail how the army should be organized and built up. So what objectives did my father have for the armed forces? Let me read to you one of them:

“T he armed forces are meant for this nation and this people, and it should be such a force having the honour and respect of the people. If instead the armed forces should come to be hated by the people, then the aims with which this army has been built up would have been in vain…

“May I appeal to the armed forces to become a force in which the people can place their trust and reliance. May the armed forces become one which will uphold the honour and dignity of our country.”

Her appeal to the army was in vain.

I have not been able to find an exact body count. What was significant was that around 500 were killed protesting outside the United States embassy, and a cameraman captured footage of that scene which was picked up by world media.

Aung San Suu Kyi appealed to the world for help: "I would like every country in the world to recognize the fact that the people of Burma are being shot down for no reason at all."

Let me fast forward through the aftermath of the 1888 Uprising:

And so it was that on 6 April 2016, almost 28 years after she addressed the 8888 Uprising, Aung San Suu Kyi became de facto head of state,

There was, however, a significant restraint to her role: the elected government had no power over the military.

This would prove to render her powerless when the military began what we now know as the Rohingya genocide  in October 2016.

We will pick up that story tomorrow.