The world in sixty seconds ... 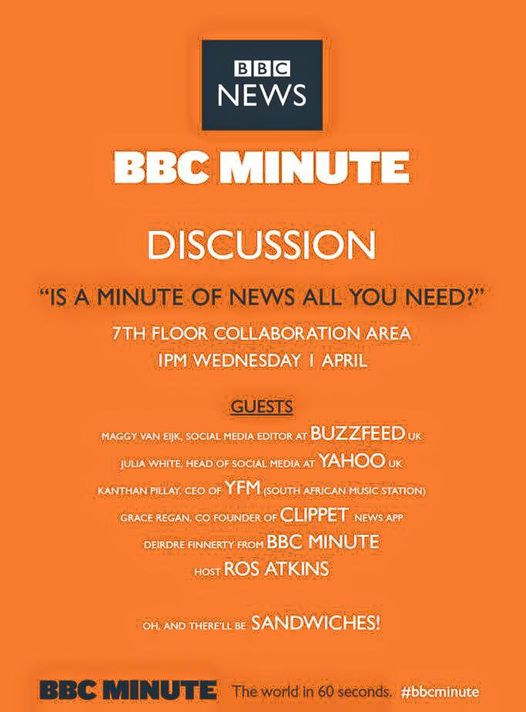 Seven years ago last night, I got on a plane from Johannesburg to London. I landed the morning of 1 April,  launched this amazing product I had co-designed with the BBC, did this panel discussion as well as two TV appearances, and flew back that night.

The idea of a news bulletin targeting an educated young audience with a short attention span seems like a crazy idea today. But BBC Minute (or #TWISS — The World in Sixty Seconds as my then team dubbed it) has thrived.

The BBC has often been a political football over the years, thanks in no small part to the threat of budget cuts. But the creativity and professionalism of the team there still impresses me. 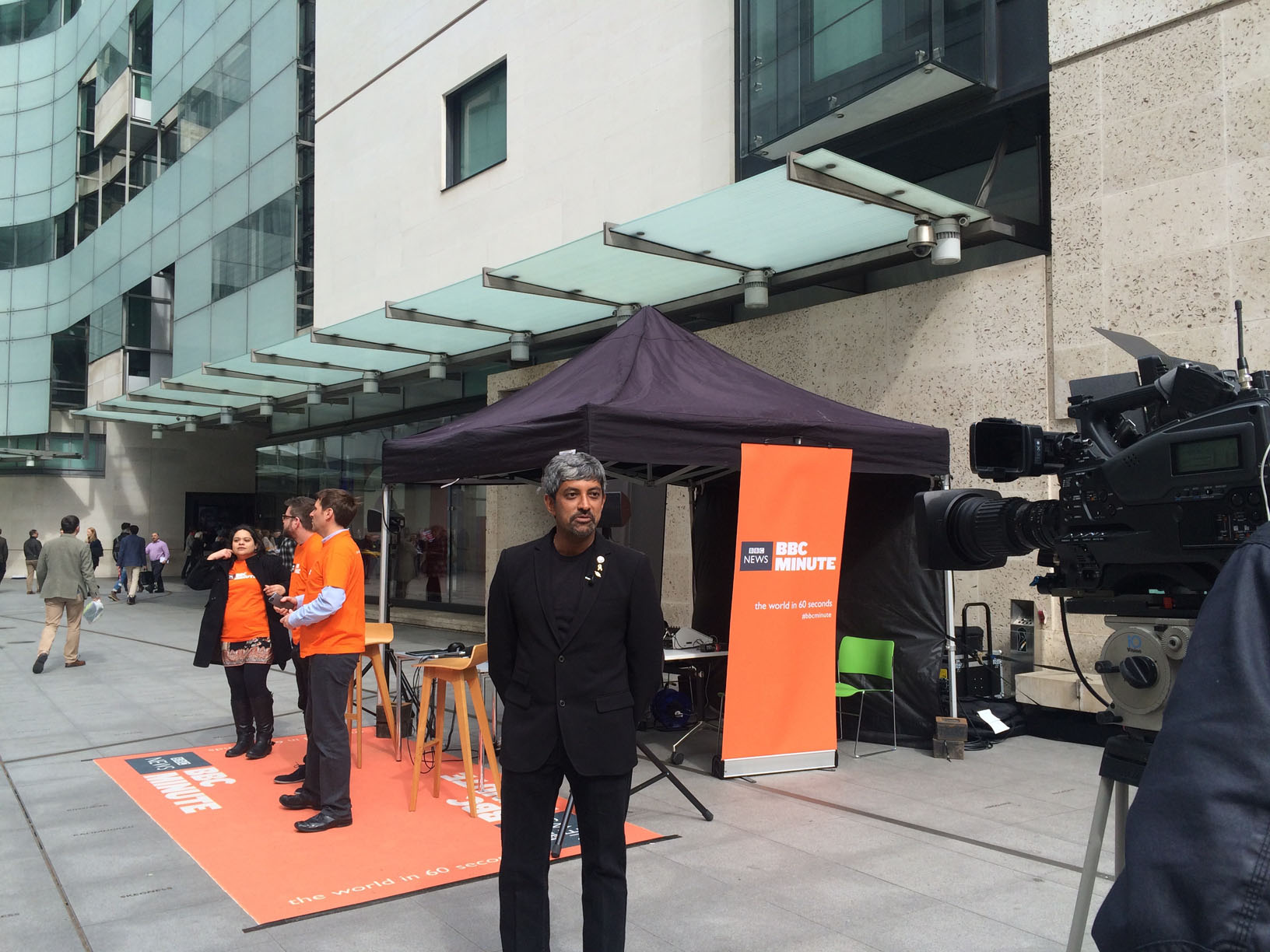