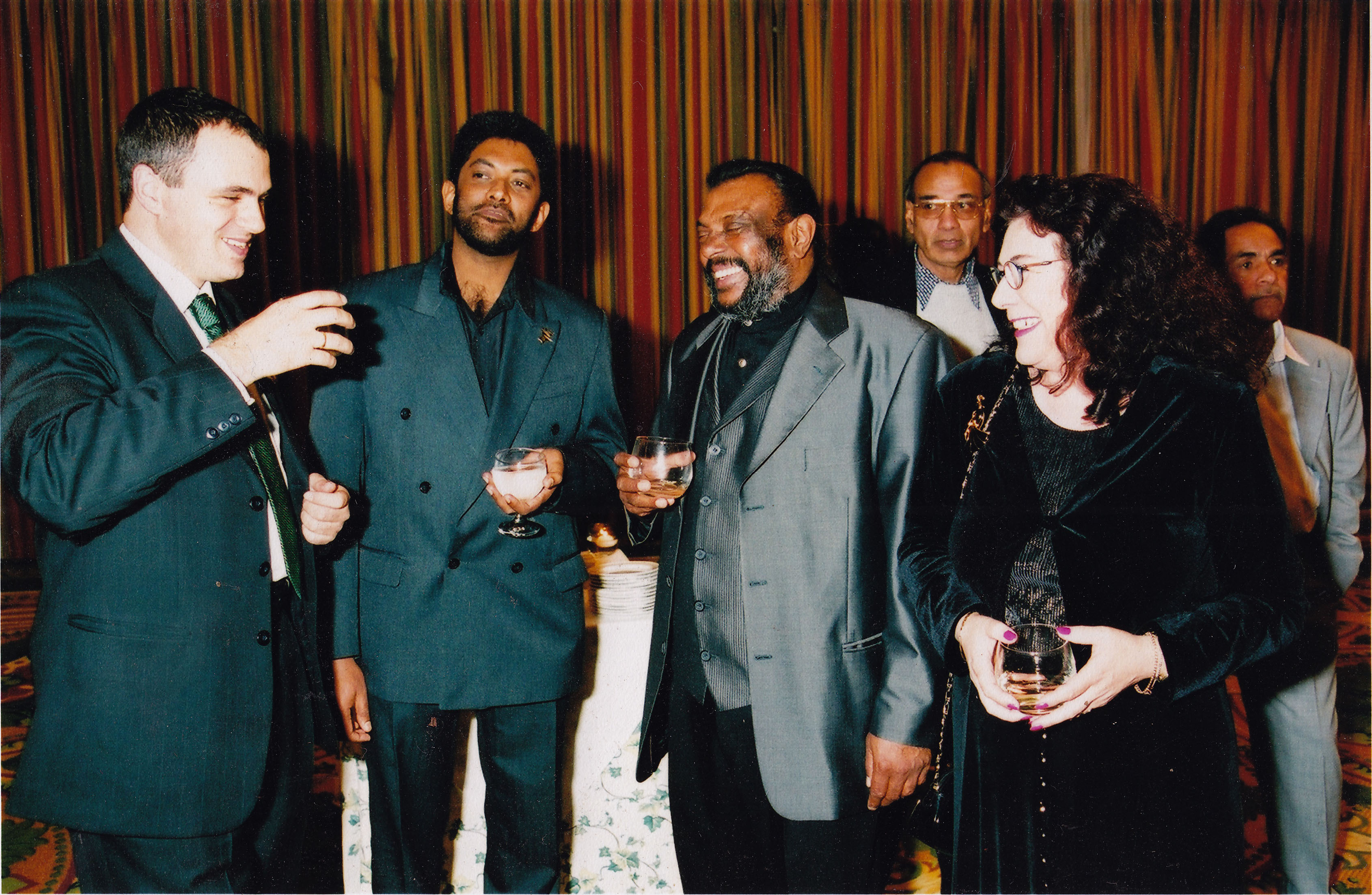 I was in my 20s when I read Island in Chains by Indres Naidoo (middle). When I moved to Cape Town in 1997, he was then a Senator in the Mandela era. He and his wife Gabi Blankenberg (right) became close friends with me and we had many long conversations over dinner at my place and theirs. In the background behind them is Benni Bunsee who was also a frequent guest at my home. We were all there to meet Omar Abdullah (left) who was at the time India's Minister of State for Commerce and Industry— 12 December 1999