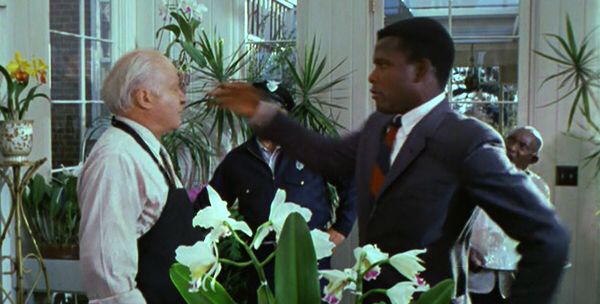 I woke to the news that Sidney Poitier had passed away and had an immediate flashback to my pre-adolescence when I saw "In the Heat of the Night". It was a 16mm print projected onto a bedsheet in someone's house. (This was South Africa in the height of grand apartheid in the early 70s.)

Poitier plays Virgil Tibbs, a Philadelphia police detective who is mistakenly suspected of a local murder while passing through a racially hostile Mississippi town, and after being cleared is reluctantly asked by the police chief (played by Rod Steiger) to investigate the case.

There is a pivotal moment when Poitier interrogates one of the town's most prominent citizens (played by Larry Gates). Gates slaps Poitier who immediately returns the slap with a powerful backhand.

I could speak for ages of the impact on my young mind of "To Sir, with Love" and "Guess who's coming to dinner" and many others; but I realise now, aged 60, that the moment of that slap imprinted in my memory was more pivotal to my coming of age than I knew before today. Over the years, when people have asked me what Black Consciousness meant to me, I would reply that for my father's generation, when a white man was walking toward him on the street, he would step aside. My generation did not.