'Judge not, lest ye be judged' 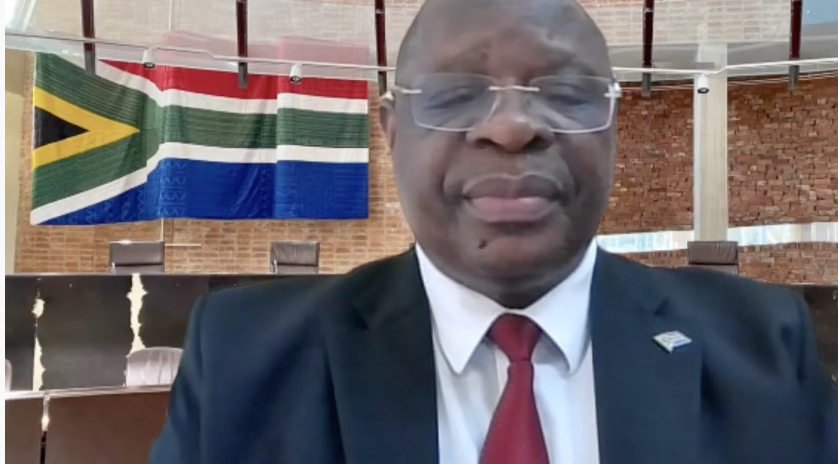 I had a flashback earlier this week to the killing of Trayvon Martin. It was at the point at which the United States could potentially have degenerated into the type of chaos that followed the murder of George Floyd.

Why did this not happen? I'm convinced it was the leadership of President Barack Obama. He did not speak as an African-American. He did not judge the merits of the case. He did not call George Zimmerman, the man who killed Trayvon Martin, a racist. He spoke as the president of all Americans:

"When I think about this boy, I think about my own kids. I think every parent in America should be able to understand why it is absolutely imperative that we investigate every aspect of this. And that everybody pull together."

The closest he came to pointing out that he related to Martin's murder at a personal level was at a White House press conference where he said, "If I had a son he would look like Trayvon and I think they [Martin's parents] are right to expect that all of us as Americans are going to take this with the seriousness it deserves."

This, my friends, is true leadership; the ability to recognize that when you serve in the national interest, your race, colour, creed, religion, are all subservient to the greater good.

So here are my thoughts on the debacle of the past week over the attack on our judicial system written by Tourism Minister Lindiwe Sisulu and the subsequent response by Acting Chief Justice Raymond Zondo.

1. Everyone — you, me, Sisulu — has the right to freedom of speech.
Sisulu made it clear that she writes in her personal capacity. No matter how ill-informed, outrageous, or badly written her opinion, as a citizen of South Africa, she has every right to express it unless it ticks one of three boxes: (a) propaganda for war; (b) incitement of imminent violence; or (c) advocacy of hatred that is based on race, ethnicity, gender or religion, and that constitutes incitement to cause harm.

2. Our much-vaunted Constitution is not sacrosanct.
There is much in that document that is praiseworthy but there is much that I disagree with. Example, the Bill of Rights says: "The state may not unfairly discriminate directly or indirectly against anyone on one or more grounds, including race, gender, sex, pregnancy, marital status, ethnic or social origin, colour, sexual orientation, age, disability, religion, conscience, belief, culture, language and birth." I agree with all of that except for the word "unfairly" because what's fair is subject to opinion. Saying that I disagree with it does not make me a criminal or a bad person. Ditto for Sisulu.

3. The judiciary is not above criticism, and the only "unfair" criticism of the judiciary is that which breaks the law of the land.
From where I'm standing, Sisulu broke no law in expressing her opinion. If I'm wrong, arrest her and file charges.

4. Zondo, the citizen, has the rights to freedom of speech enshrined in our Constitution. Zondo ACJ does not have that right, his role is to interpret the law of the land without fear or favour.
I would have had no problem with Zondo saying: "the judiciary does not comment on opinions expressed by politicians, but in my personal capacity, I feel insulted." Instead, he consults with his colleagues in the judiciary and issues a statement on behalf of the judiciary. No points of rule of law are raised; instead, he speaks of being insulted. Where, pray tell, does our Constitution give one the right to not be insulted?

5. At no point did Sisulu specifically name any of the players in the judicial system she has issues with. Notwithstanding, Zondo ACJ made it all about him.
"I quote, 'these mentally colonized Africans who have settled with the world view and mindset of those who have dispossessed their ancestors', must include the constitutional court. 'The high echelons of our judicial system', she must be talking among others about the judges of the constitutional court who are Africans. I think she would also be including the judges of the supreme court of appeal who are African. I think she also includes judges presidents of the various courts and all judges of the high courts of the various divisions of the high court. This is what Ms Sisulu says about the African judges."
Actually, no. She did not name any of the players she had in mind.

6. But what if Sisulu was in fact referring to the people Zondo ACJ thinks she was talking about?
I refer the Obama example I mentioned. The role of a judge is to respond as a judge, not as a member of a group he/she identifies with. Cases in point: Former Chief Justice Mogoeng Mogoeng never brought Christianity into his judgements even though he is a preacher. Former Chief Justice Ismail Mohamed never brought Islam into his judgements even though he was a devout Muslim. Former Constitutional Court judge Edwin Cameron never spoke from the bench as a gay person even though he was a passionate campaigner for gay rights all his life.

I don't want any of this to create the impression that I support anything Lindiwe Sisulu said or does. I do not. I find her tedious. I'm just astonished at the cacophony of purported liberal voices calling for her head. If anyone's head should be called for, it’s that of our president who appointed this sorry lot in the first place.

I'm deeply disappointed in Judge Zondo. He has crossed a line by turning the judiciary into a player rather than a referee. I sincerely hope he is not appointed as our next Chief Justice.