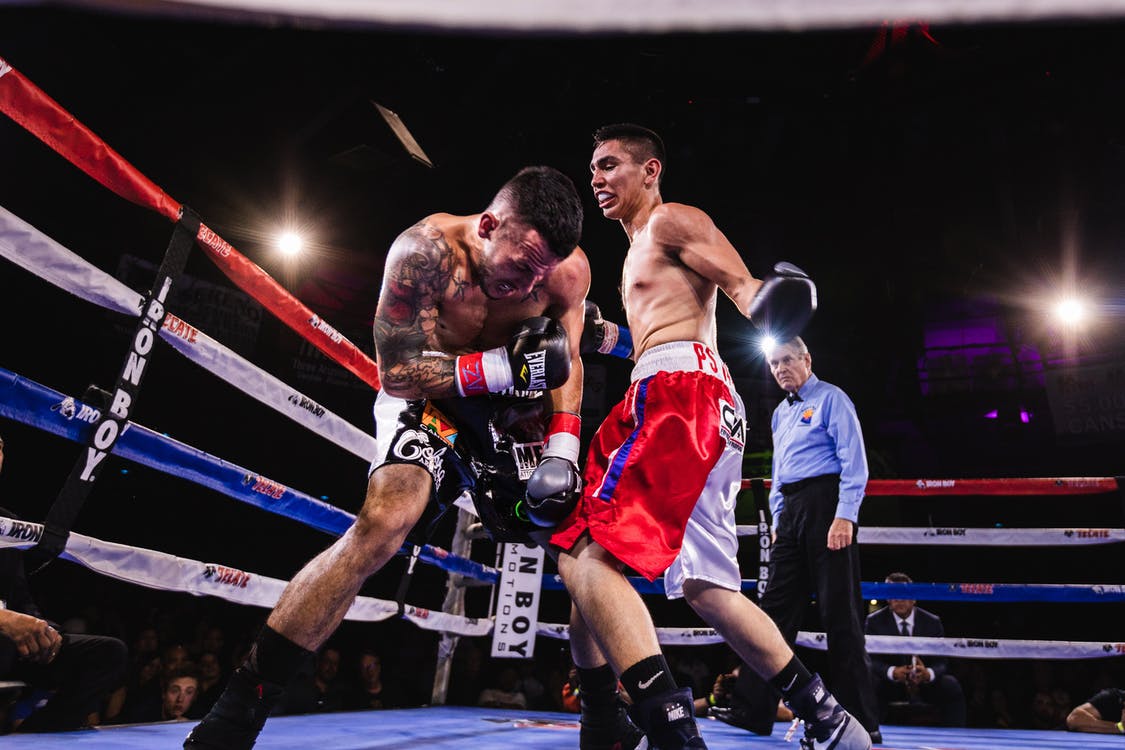 Boxers in the ring / Pexels

I’ve never been a fan of boxing, mainly because I think brain damage is not the way I want to shuffle off this mortal coil.

But I’m always fascinated by the concept of people being “punch-drunk”; they get dazed or stupefied by repeated blows to the head, and still they stagger back into the ring against their opponent.

“Come on! You’ve got him cornered!” the crowd yells. And the poor ingnoranus staggers right back in.

It ends in tears.

Yesterday, US president Joe Biden and his acolytes in the EU announced sweeping new sanctions against Russia including a ban on coal imports.

CNN quoted a Biden administration official on the new sanctions:

"These measures will degrade key instruments of Russian state power, impose acute and immediate economic harm on Russia, and hold accountable the Russian kleptocracy that funds and supports Putin's war… These measures will be taken in lockstep with our allies and partners, demonstrating our resolve and unity in imposing unprecedented costs on Russia for its war against Ukraine."

Vladimir Putin is laughing all the way to the bank.

Here’s the most basic fact that the idiots in the Biden administration don’t understand: if you want to hurt someone’s economy, you have to hit them on two fronts.

Those two fronts are food and fuel.

Russia is self-sufficient in both.

The fact that they are no longer exporting as much of these to the rest of the world means that they sell it to the local populace; admittedly at a lower price than they could command around the world, but they are feeding their people comfortably and fueling their economy comfortably.

Let’s break down the rampant stupidity of the new sanctions.

1. The US has sanctioned Russia’s coal.

Russia exports $4 billion worth of coal per year. That’s chump change for Putin who is still earning $1billion per day exporting gas to Europe.

But guess what, both India and China are experiencing record coal shortages at the moment. Both countries will happily buy from Putin, and in their own currencies at that.

This is “…cutting off Russia's defense industry and other sectors from the world's biggest source of investment capital,” said US Deputy Treasury Secretary Wally Adeyemo.

Actually, no. Even in the pre-sanction years, every major attempt by US players to invest in Russia was at an insignificant level. Consider that Exxon Mobil’s attempt to enter the far-east Russia LNG project was a $4 billion investment, which Russia now acquires for nothing . Putin will also acquire the combined investments of BP and Shell at no charge .

And do you think Russia needed US investment to develop those hypersonic missiles which made Joe Biden shart ?

Short answer, Russia will not be affected by this.

3. The US has sanctioned imports of fertilizer from Russia.

Think about this: Russia is the world’s largest exporter of fertilizer . The entire northern hemisphere is entering the spring planting season. What do you think is going to happen to crop yields in the US and EU over the next year? Fertilizer is now about $1 200 per ton from around $600 a year ago and $300 in 2020.

Watch for food price inflation to hit record highs in those countries.

(Oh, China and India will not be affected. Neither will poor countries in Africa who are still on Russia’s “friendly list”.)

4. The US has also sanctioned Russia and Belarus sales of potash (which is a crucial component to make your own fertilizer).

Remove fertilizer from the market, and also remove the only ingredient which could help you weather the storm? See item 3 above.

So go back to my analogy with the punch-drunk boxer. Every time the US hits Russia with sanctions, Russia rebounds even stronger. What does the US do? Doubles down!

“Come on! You’ve got him cornered!” the crowd yells. And the poor ingnoranus staggers right back in.

It ends in tears.

P.S. I’ve begun stocking up on spaghetti and sunflower oil because those prices are going to go through the roof. Why? Because Russia is the world’s biggest exporter of both.