In this era of book banning, a ray of light... 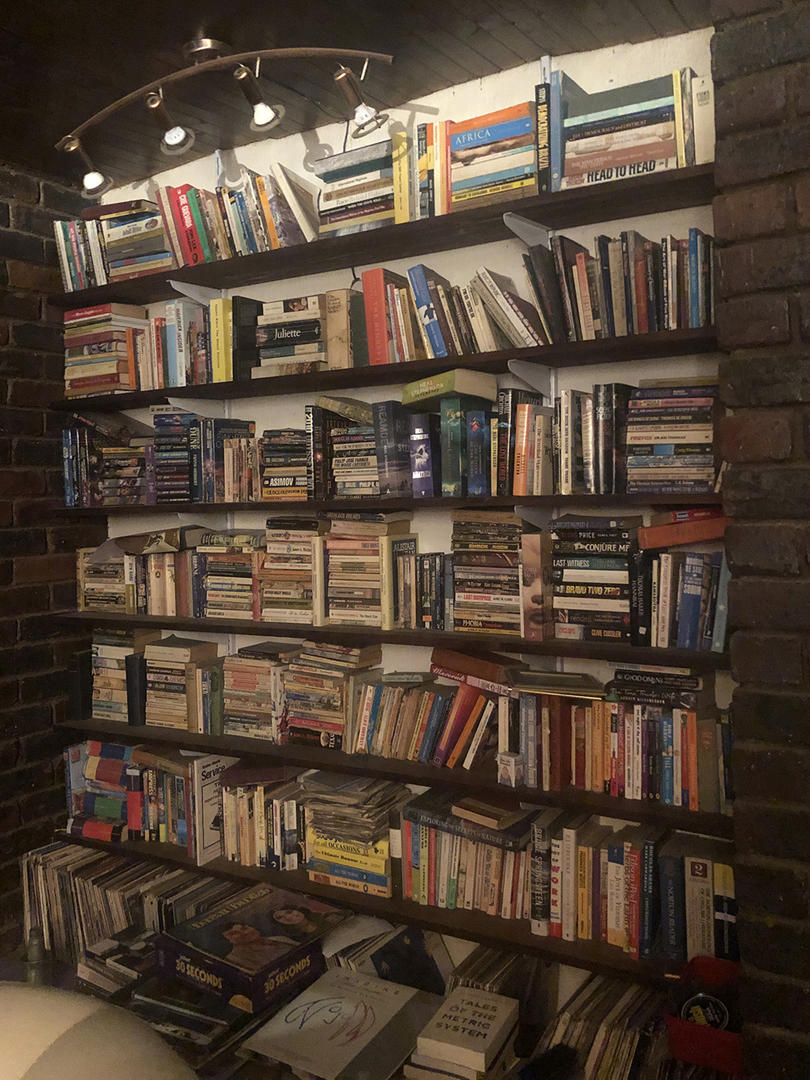 My bookshelf. (Well, one one them anyway)

I have a particular point of personal pain in this sixth decade of my life — the number of books that are being pulled from libraries.

I don’t want to get sucked into the destructive maw of assigning blame — this stupidity extends across political and religious lines. For some, it’s pulling  Huckleberry Finn  or  To Kill A Mockingbird  because of purported racial insensitivity; for others, it’s pulling anything that contradicts “traditional values” ranging from gay romances to Maus.

Look, parents, I get it. There’s stuff you don’t want your kids reading for whatever reasons. I certainly did not want my then 9-year-old daughter reading Nabokov five years ago even though her reading level was that of a 16 year old.

Pulling books from libraries because you disapprove deprives me of the ability to decide whether those books are appropriate for my child.

I’m fortunate enough to have an astonishing wealth of literature accumulated across more than half-a-century, and so my children will be far less affected than most others of their generations. (Yes, I’m privileged that way.)

The idea that some random child will be deprived of the joy of discovery of the unfamiliar simply because some adult (who probably doesn’t read on a regular basis anyway) has decided that such work is inappropriate — yes, that’s scary. But note the impact on us as a species: our best creativity comes when our existing notions of the way things are, are challenged.

Why is this a big deal? Well, fees on late books at 25c per day very quickly ramp up. The New York Times quoted a single mother who had to stop taking her 8 year old to the library because she had misplaced a book, racking up $50 in fines (which is a massive amount for a minimum wage person):

Since last fall, more than 21 000 overdue or lost items have been returned in Manhattan, Staten Island and the Bronx, some so old that they were no longer in the library’s systems. About 51 000 items were returned in Brooklyn between Oct. 6 through the end of February. And more than 16 000 were returned in Queens.

There’s a lesson here about how we build a culture of reading — it starts with making it accessible, and we entrench that culture by keeping it affordable, and that makes the world a better place.