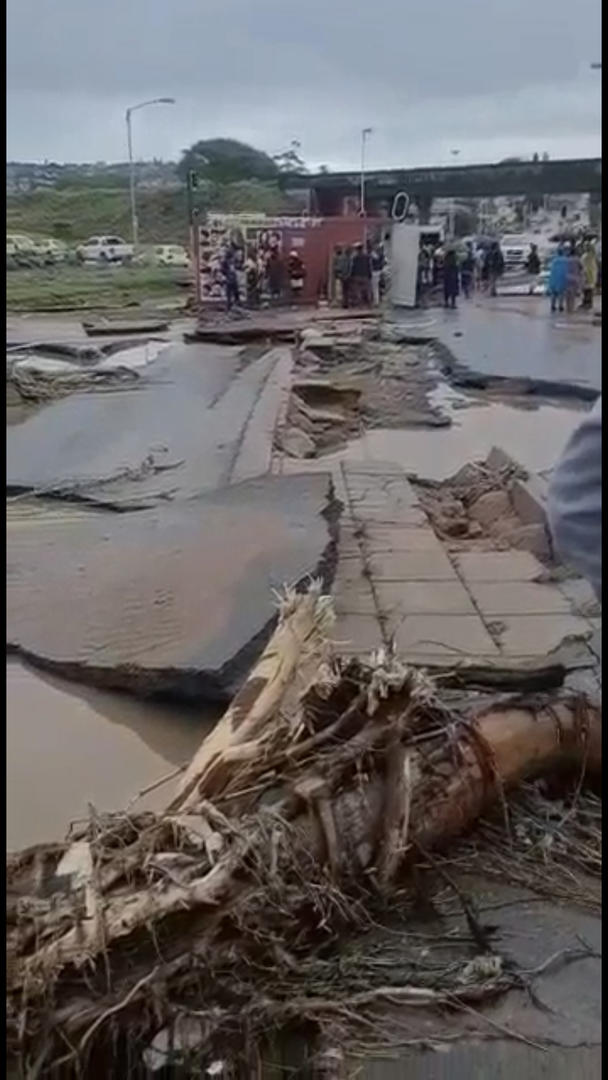 By the time I got to my cousin’s home, the water supply was already out.

Umgeni Water, which provides most of the drinking water to the province, said heavy rains over the previous four days had caused substantial damage to raw water abstraction and conveyance infrastructure in at least three regions.

I’m giving you this information to give you a sense of the shitstorm that KZN is facing right now. Coleridge’s “water, water everywhere, and not a drop to drink” finally makes sense to me.

I went looking for drinking water to buy, as did my cousin. Almost every supermarket we went to was sold out of the 5 litre packs. Those that still had some were rationing these, two units per customer.

Soon, the local WhatsApp groups around Durban began pinging. “I have drinking water: R60 for 5 litres” immediately sparked outrage. Then came a report that one outlet was charging R36.99 for 500ml. “Corporate greed!” someone said.

There’s a lesson that I learned in Economics 101 at Princeton 30 plus years ago2: the cure for high prices is high prices.

If the demand for a product rises suddenly, and there is a finite supply of the product available, either the price has to increase or the supply dries up.

I bought a 4 pack of 5 litre Aquelle spring water at a gas station at a 50 percent markup on what I would normally pay. Would I have paid more? Absolutely. See opening paragraph.

High prices in times of need keep us honest. It mitigates against the inevitable scenario where some of us are buying up the available supply and profiteering (as in the WhatsApp group I mentioned).

Far better that more of us pay higher prices but still get access to the commodity rather than a few of us buy up the existing supply.

The cure for high prices is high prices: it incentivizes people to look for alternatives. That’s how we get innovation; and lower priced products in the long run.